VALDIVIESO ARQUITECTOS is a Madrid based office of architecture and design 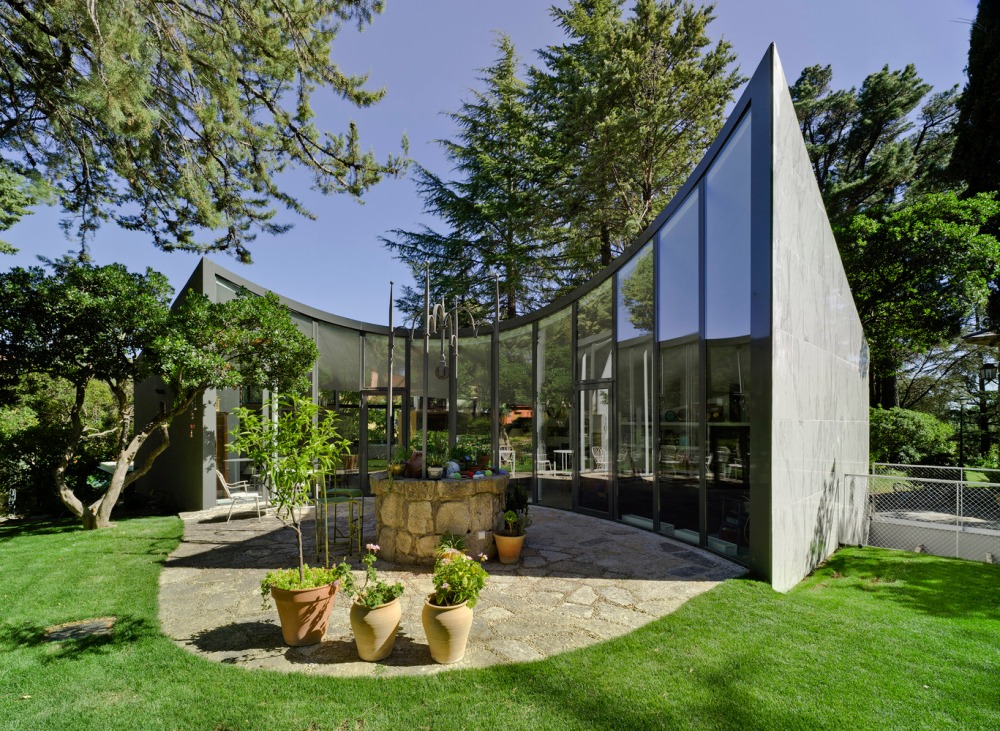 Building a single-occupancy home over a former water cistern was the starting point of the project. The site, subsequently altered over time, reached its final configuration circa 1955. It has two levels,facing south, and has remained unaltered since then. The site is part of a low-density suburban environment, which belongs to a development model distinctive of peripheral areas, characteristic of the first third of the 20th century as the summer stays residential areas in the mountain range of Madrid. The site contains typical scrubland vegetation, increased with non-native but suitable species, conditioned by the region´s dry continental climate (very warm summers and very cold winters).

It was initially an underground cistern connected to a well that supplied the main and original building of the state. It presented informal floor plan geometry, probably due to the adaptation to a rocky ground. The unevenness of the ground propitiated the surfaced of the southern side of the fabric, which adopted the image of a strong retaining wall that confined, on this side, an upper paved platform where is located

the well head,and which was occasionally used as space for celebrations. When the cistern no longer fulfilled its mission, it started to beused as a warehouse and storage room for all sort of objects and utensils, but without any other adaptation than an entrance aperture. Theinterior constructive and structural configuration was then revealed. This was the first re-appropriation, yet the place continued maintaining its initial ethos as an accessible exterior space, that hides, underground, a warehouse.

The final re-appropriation occurred with the transformation of the site in order to address the commission. Neither the immediate environment nor thetoponymy is modified; quite the opposite, the pre-existing isaccepted as a possible trace pattern (thecurved glass façade follows the trace of theformer step to be maintained). On the former paved platform emerges a perchedobject that moves forward and overhangs facing south over the novel empty space produced by the unevenness of the terrain. The inferior ground level is slightly lowered in order to, with the creation of a new envelopingwall, create a veranda that is placed outside the former platform atmosphere, and that now boasts being, at once, interior and exterior.

The upper floor of the house occupies the new prefabricated volume built withcross-laminated timber made of large, multi-layered panels of spruce-pinefir (SPF) lumbersitting on top of a new metallic structure that does not interfere structurally with the old massive structure; composed of natural stone, ceramic brick and concrete. This volume shapes a big open space that works simultaneously as living/dining room and kitchen, communicating the house with the commongarden. The lower level, partially buried, includes the private and intimate spaces, fragmented rooms of retreat, opened to a patio and to the aforementioned private interior-exterior porch veranda facing a pre-designed artificial landscape unlike the natural picturesque of the common garden.

A building envelopeof the new volume has been designed with a high degree of thermal insulation concerning a distribution of blind/open planes that optimizes natural lighting and cross ventilation (in response to the oriented geometry embedded within the existent landscape and to the a new landscaping strategy as a summer/winter passive conditioner); in addition to those other conditions particular to the pre-existing cistern volume(massiveness, natural ventilation, distribution of window spaces and apertures, spaces semi buried and `cave or grotto effect´;reinforces the energy concept of the house, fundamentally based on passive measures. 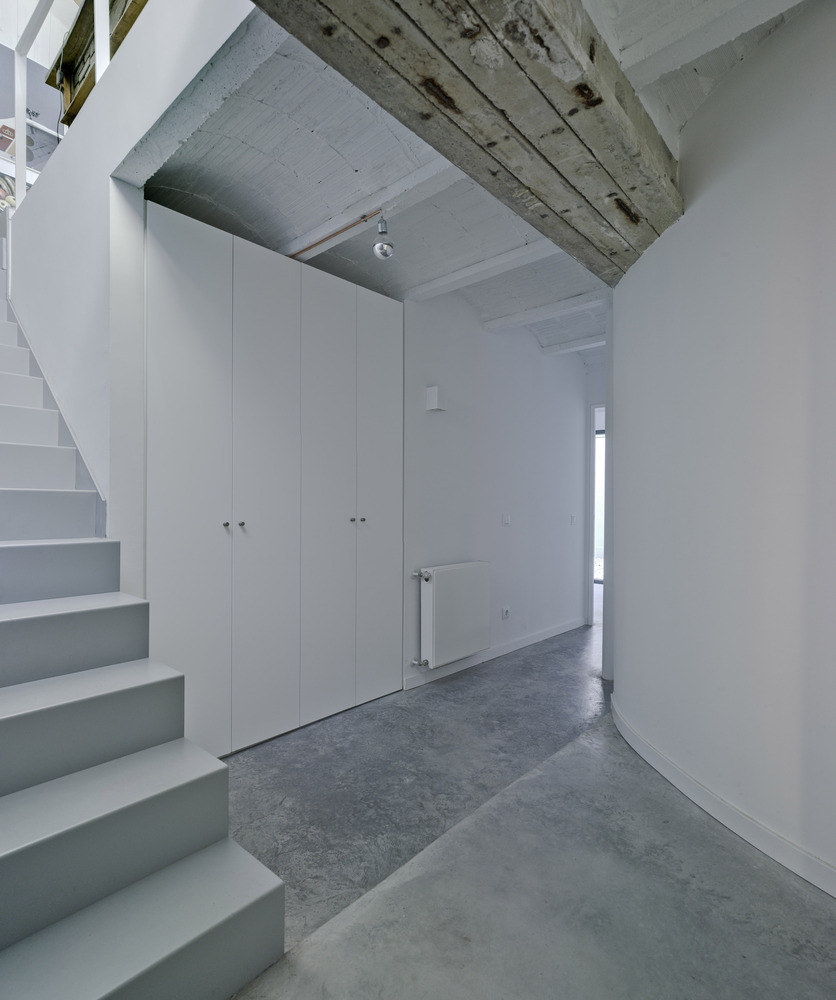 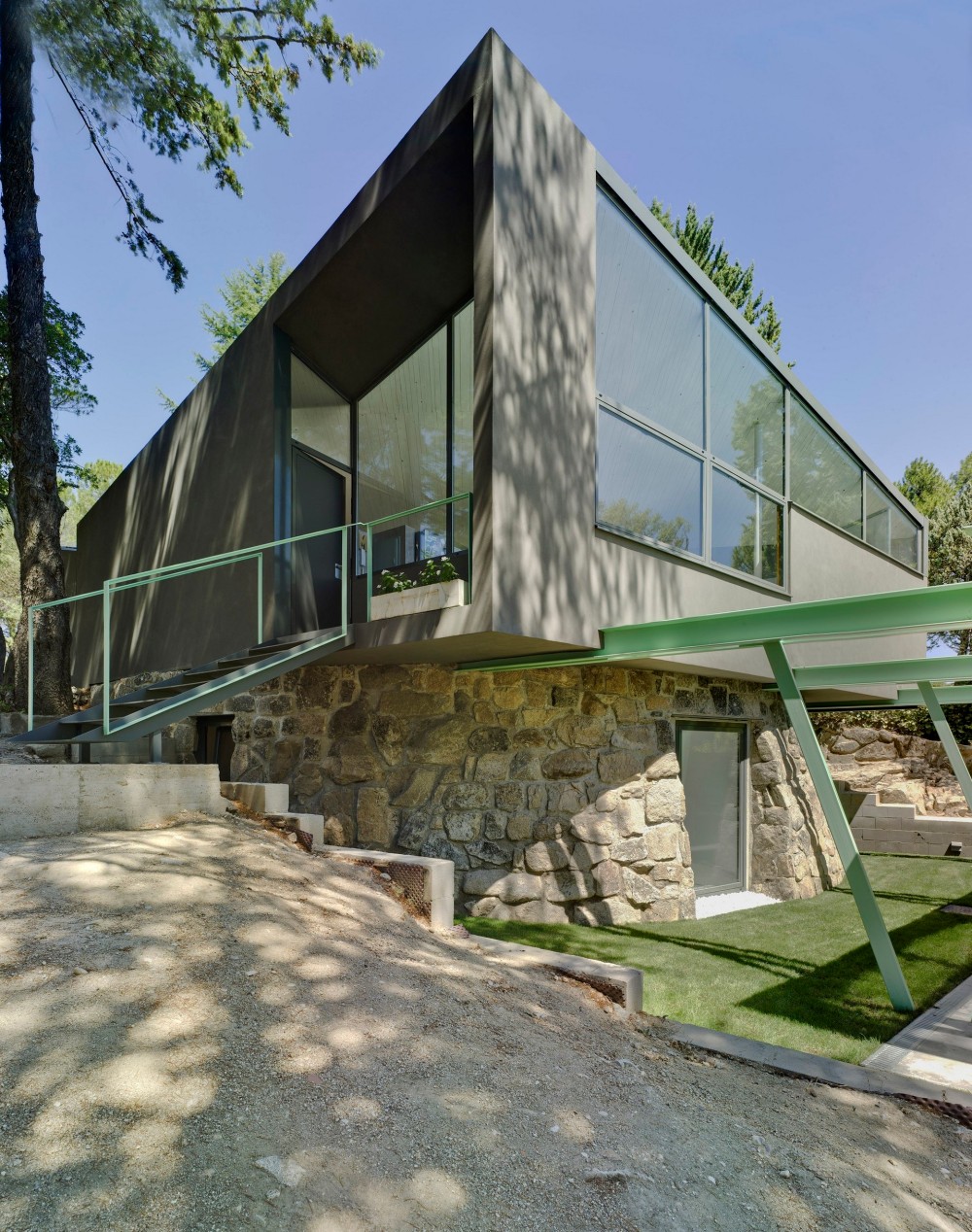