“This is my home, the place where I most like to experiment, and the most pure expression of my personal design aesthetic.

The house has evolved into something of a laboratory for my work, I am always moving things around, doing interventions on existing pieces or prototyping new designs, most of which end up here not always to my husband’s delight.

The architecture is classically modern, with large volumes of limestone and glass tempered by matte plaster walls and warmly toned walnut floors.

Most of the furnishings are either made by hand or have a hand wrought quality, with lots of vintage pieces, carved woods and textiles from around the world.

The curved plaster staircase is a focal point meant to evoke both a nautilus shell and the powdery whitewashed tones of the Greek Islands.

Our favorite gathering place is my husband’s library which glows at night from lighted bookshelves and where he usually presides from behind his desk, made from a discarded section of metal retaining wall.” 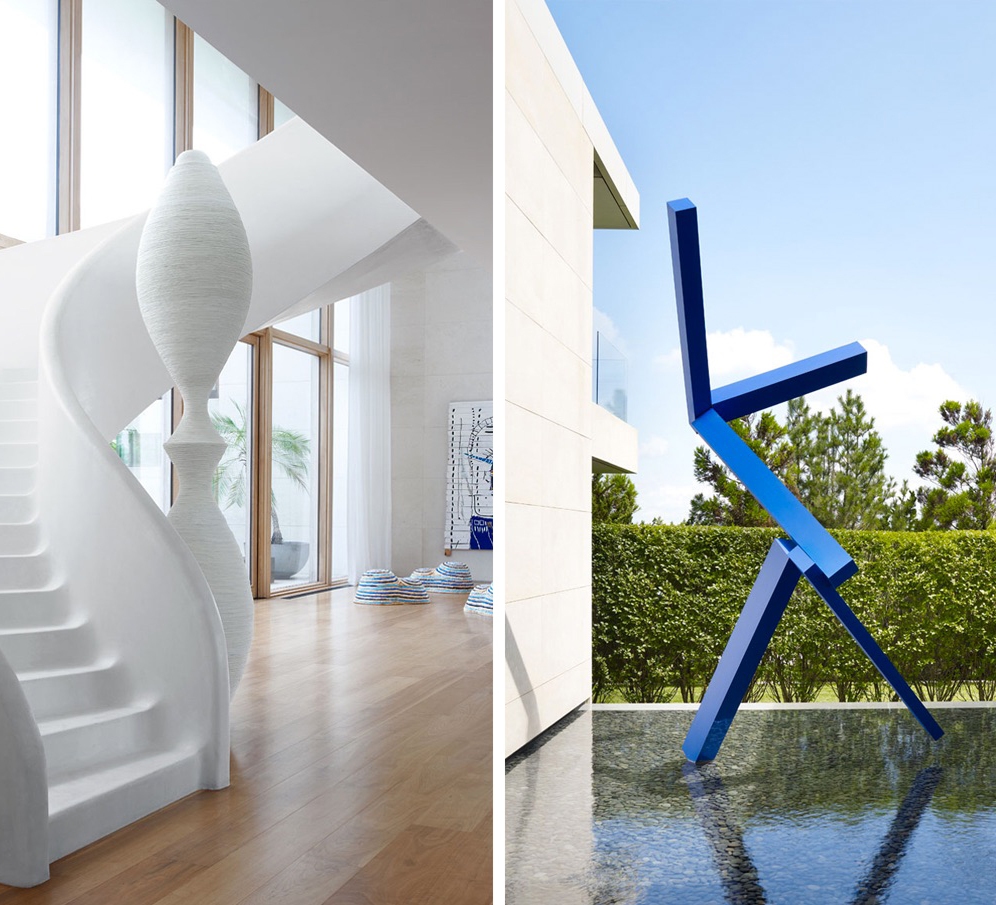 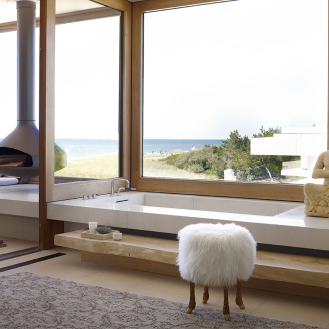 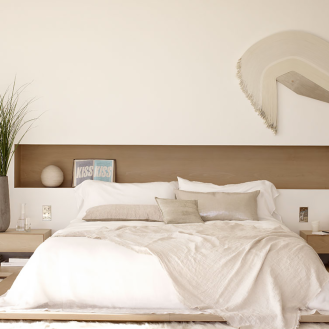 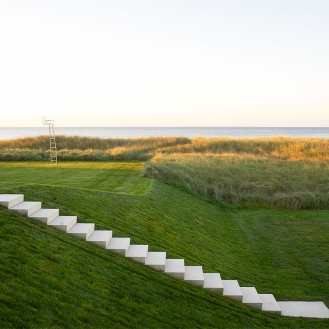 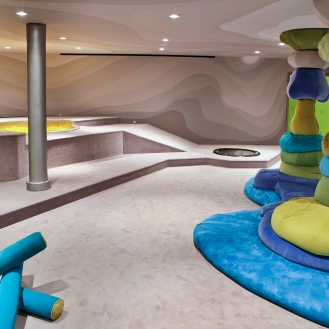 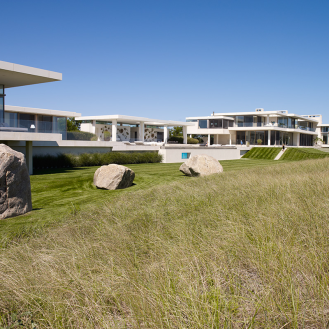 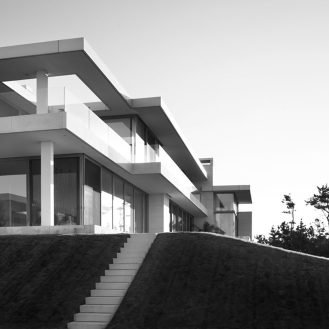 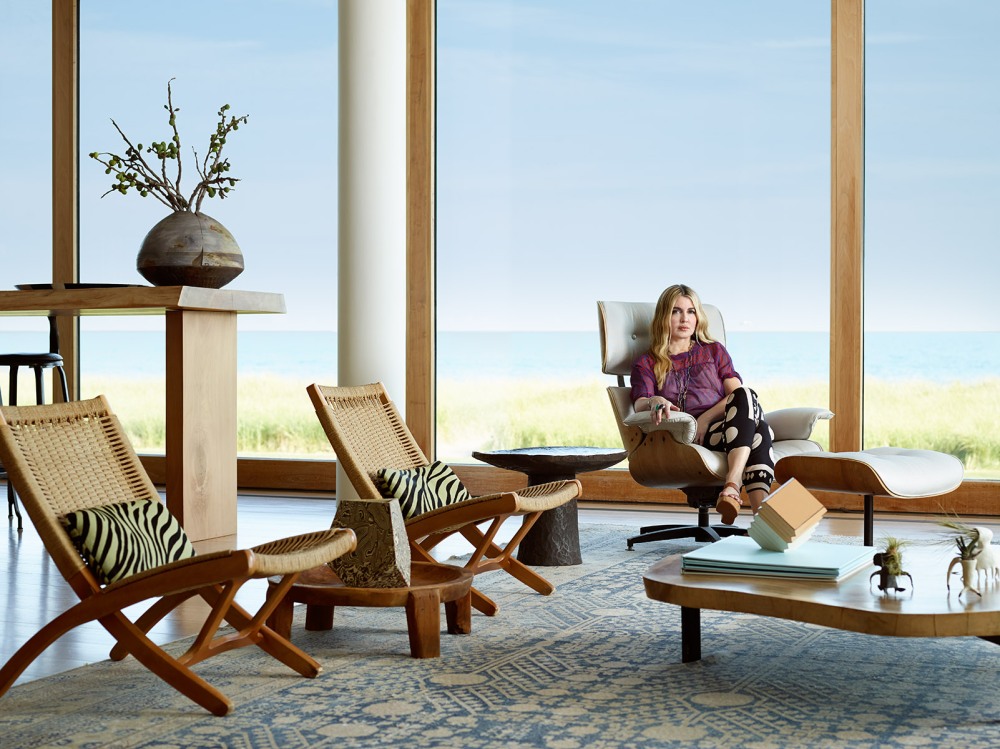 Kelly Behun grew up in Pittsburgh, PA, and attended the Wharton School at the University of Pennsylvania. After moving to New York she joined Ian Schrager Hotels’ in-house Design Studio where she worked with Andree Putman, trained under renowned designer Philippe Starck, and was an integral member of the design team that created the Delano in Miami, Mondrian in Los Angeles, and Royalton, Paramount, Morgans and Hudson hotels in New York City.

She opened k e l l y b e h u n |STUDIO, known for its comprehensive and highly bespoke approach to interior design projects and its exclusive line of furniture and home accessories.  Her limited edition line of furniture, including artist collaborations, was exhibited in a solo show entitled “AFTER” at the R20th Gallery in Tribeca.

Kelly’s design work has been featured in numerous domestic and international design and shelter magazines and television shows, as well as on the cover of the book “Bathrooms” and “The Bathroom Design File,” published by Ryland, Peters & Small. Her collaboration with Vladimir Kagan is featured in “The Complete Kagan” published by Pointed Leaf Press. Her line is sold at Barneys, SuiteNY, and other exclusive retailers, as well as her storefront on 1st Dibs. Kelly is a member of  Elle Décor Magazine’s A-List of Interior Designers.

In the Fall of 2016 her new line of home furnishings and accessories debuts at her pop-up shop, entitled “A Kook Milieu” at Barneys New York.  Ms. Behun lives in New York City with her husband and two sons.

Sawyer | Berson is an interdisciplinary firm practicing architecture, landscape architecture and interior design based in New York City. The firm’s work includes private houses and gardens, apartments, townhouses and urban roof terraces as well as commercial and institutional projects throughout the United States.

Sawyer | Berson was founded in 1999 by Brian Sawyer and John Berson. The firm works in a variety of styles and seeks to achieve unique designs in traditional and modern vocabularies. All projects are supported by rigorous historical, contextual and technical research and are developed in close consultation with the client. The firm’s work has received several awards and been featured in major publications and books.