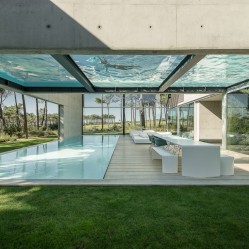 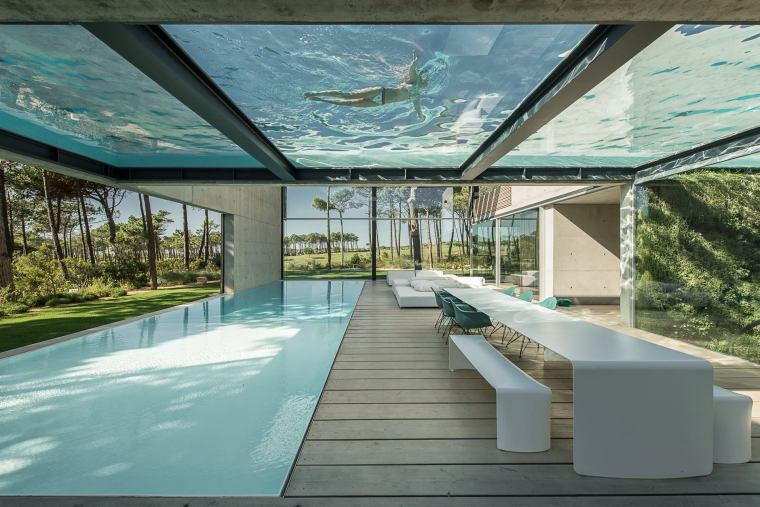 Like a wall in a Castle not in stone, but in concrete, glass and wood.
Not to for protection but because of the neighbours and the strong Atlantic Wind.
A Patio house with a Mediterranean country culture in the hardness Atlantic Coast.
A big Window opens to the golf and scenery sea views can be seen from the interior and exterior spaces.
Two exterior pool’s located in the patio crossing each other, one in the ground and the other in the air. 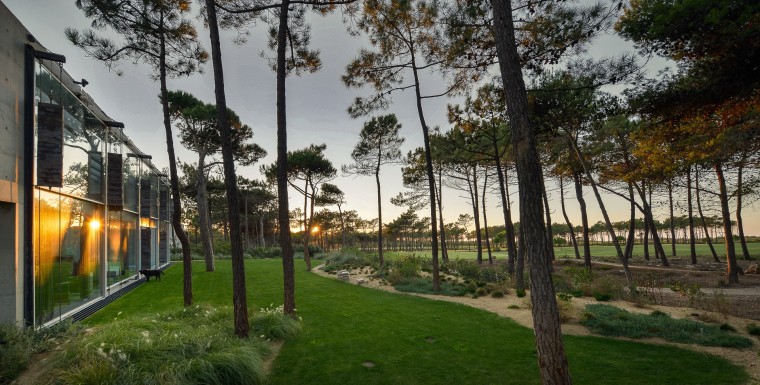 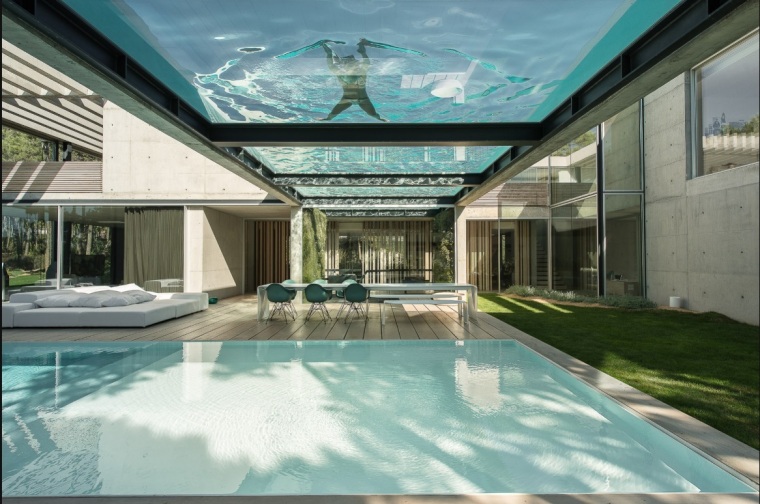 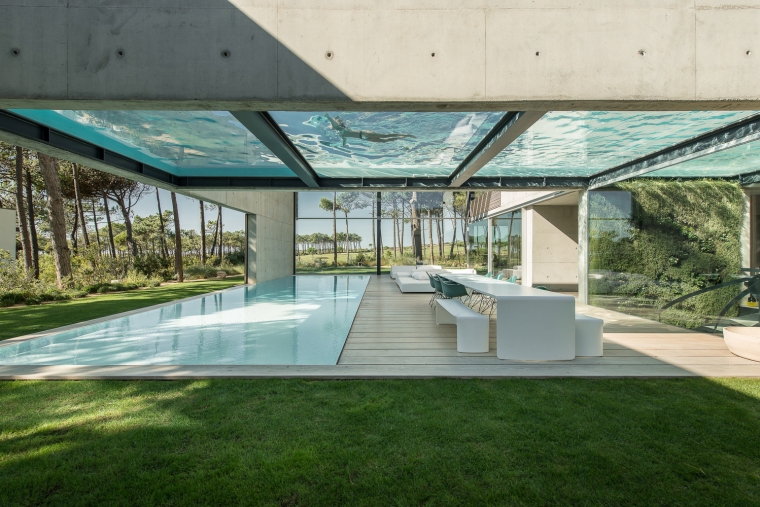 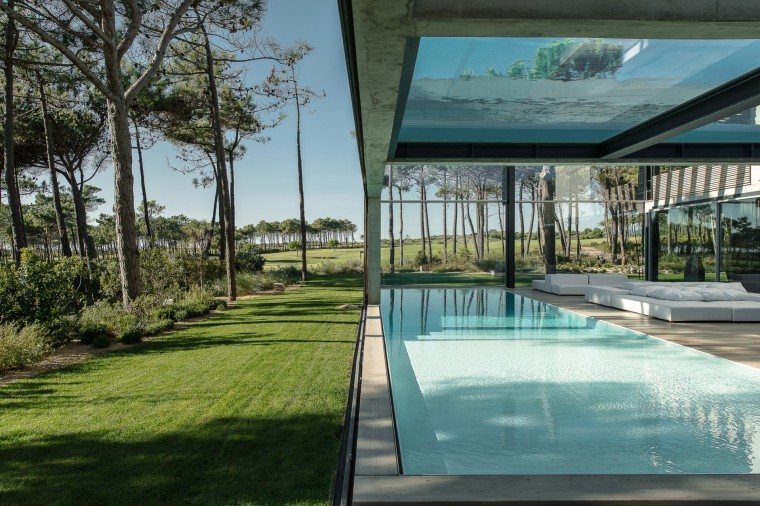 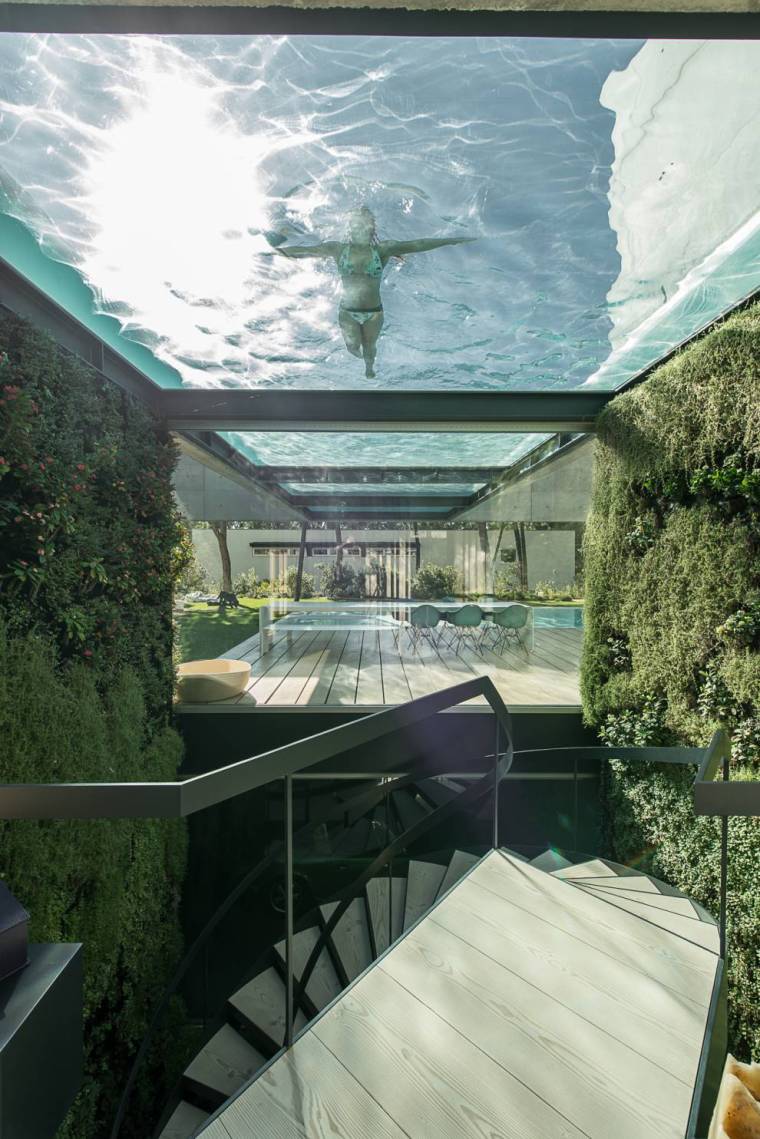 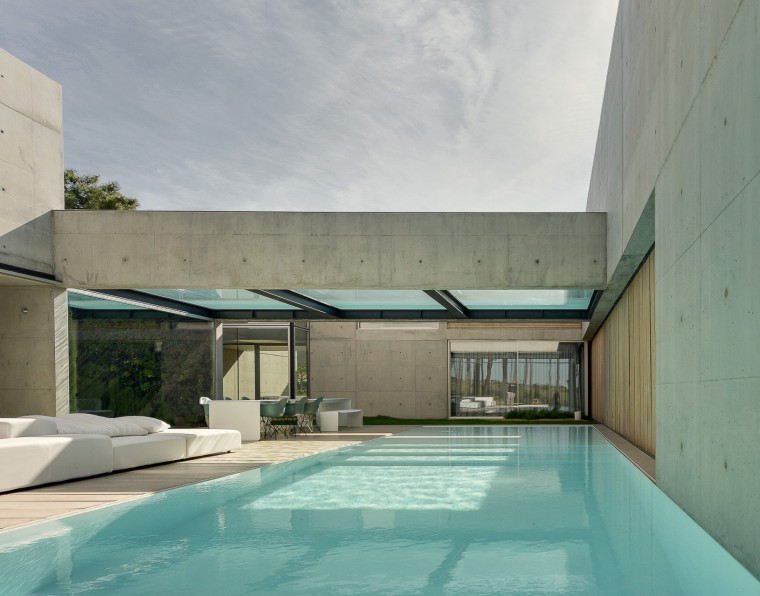 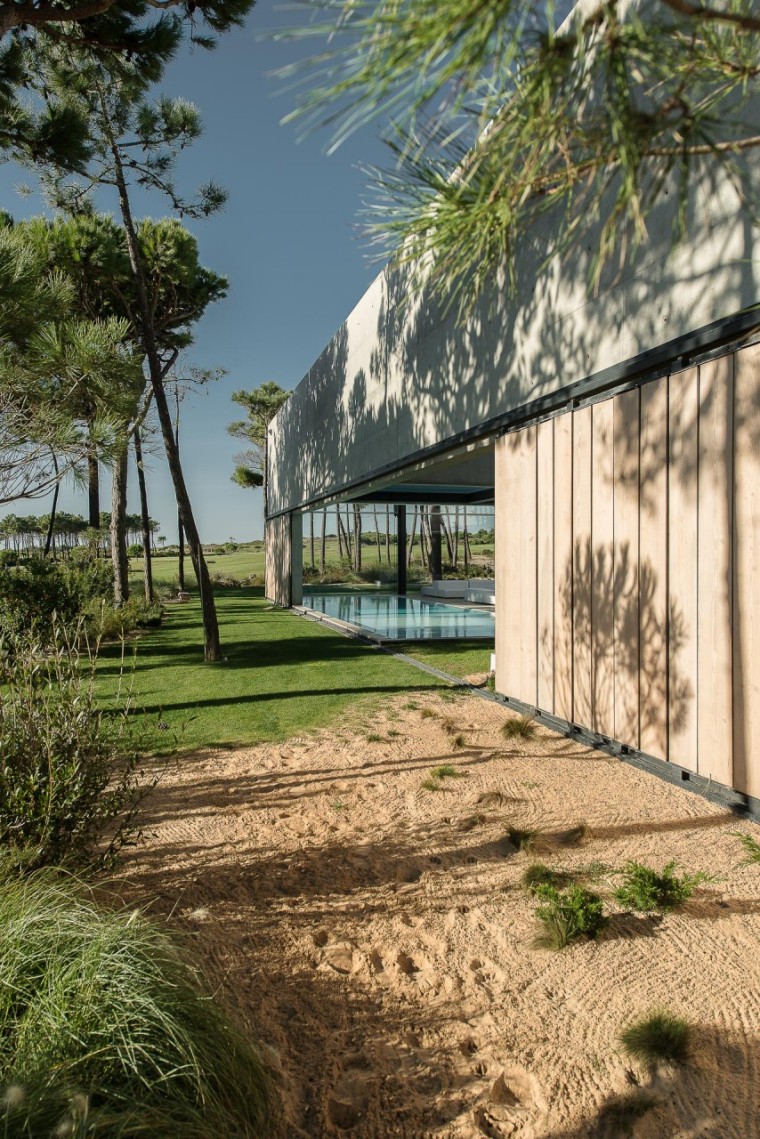 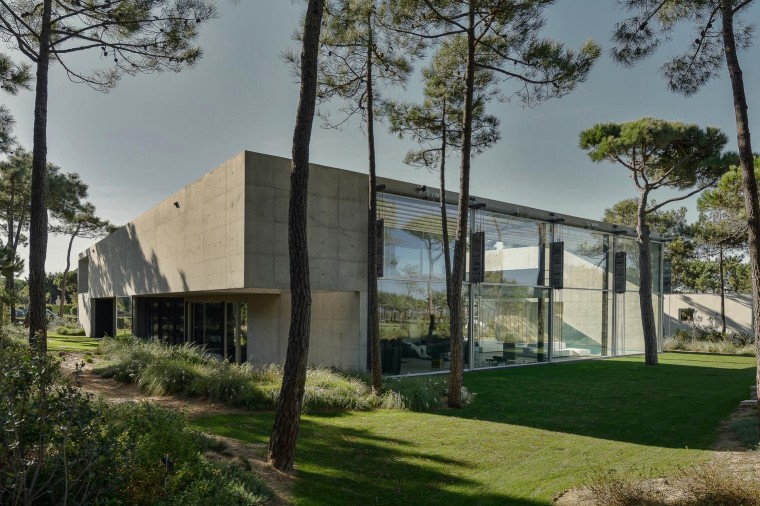 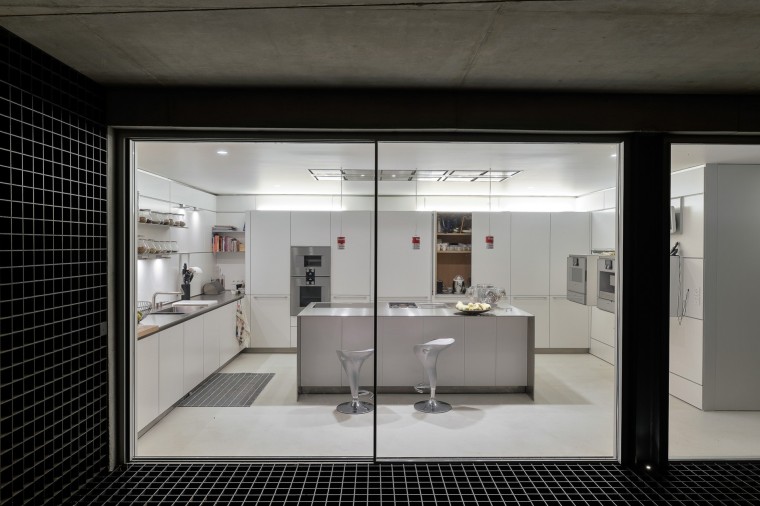 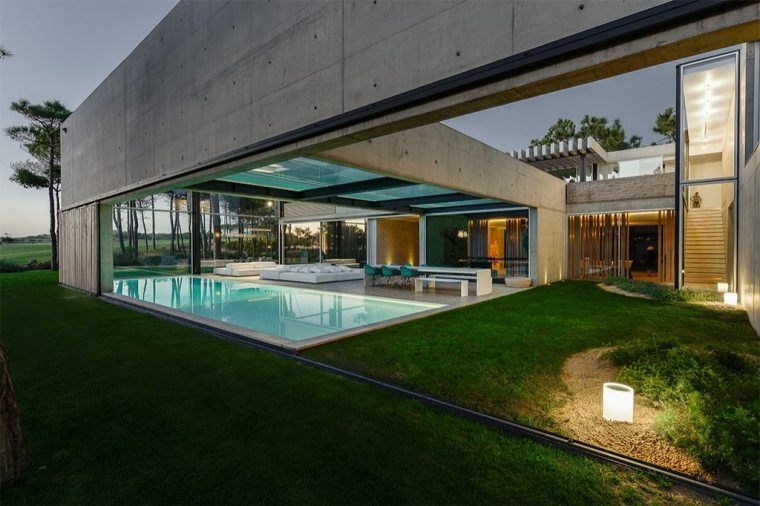 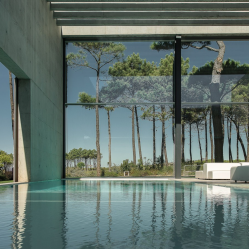 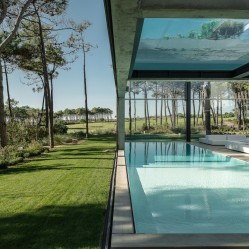 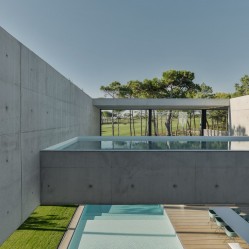 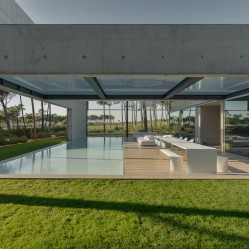 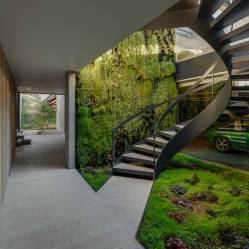 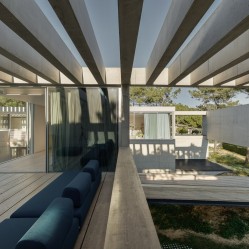 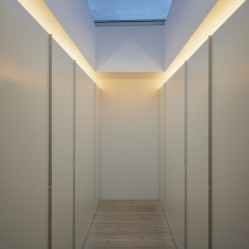 Born in 1977, Ricardo early discovered his passion for photography. He began his academic training in architecture, having worked for 10 years in major national and international Architectural projects.

After architecture came the world of music, where, in addition to musician, was photographer and producer, film director and director of photography of videos “Point of Light” and “Bue” from the album “Xinti” Sara Tavares.

His work is marked by capturing the “life” of architectural projects, registrant, whether through photography or film through the interaction of spaces and forms with the surrounding light generating a complementarity that only architecture can. His latest technique “Archilapse” is the result of his creative ability and years of experience in these areas. As the name implies, this approach arises from the crossing of “Architecture” and “timelapse”. 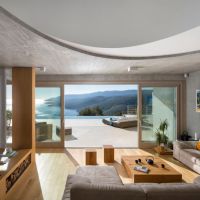 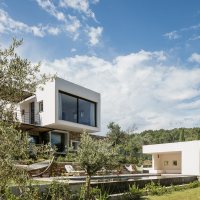 Glass Villa on the lake by Mecanoo Architects 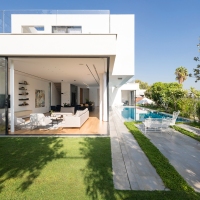 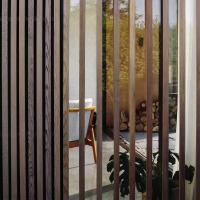 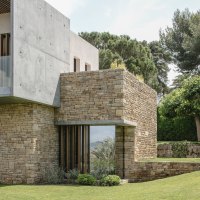 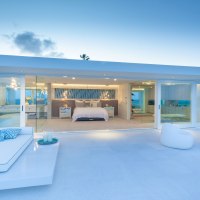 Casa OF by Studio Otto Felix