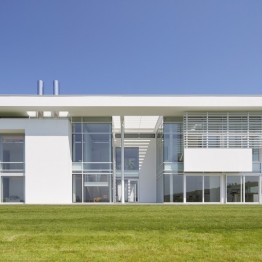 The siting of the Oxfordshire Residence is notable not only for the views afforded and the expansiveness of the landscape, but also the richness of the spatial experience which begins before one even enters the property and was the primary inspiration for the design; The relationships of openness and compression, light and shadow evinced by the area surrounding the site and the purity, beauty, and natural resources of this particular location in Oxfordshire are truly compelling.

This country residence has been created based on three guiding principles: an engaging response to the site, a resonant connection with the history of the place, and a vital progression toward sustainability.

It would be impossible to conceive of a residence in this part of the United Kingdom without considering the typology of the English Manor House. This design espouses many of the tenets behind this ideal: this is a family home which honors the woodlands and topography, drawing the occupant into a relationship with the natural world while creating space for comfortable living. Specific to the site of the house and the related buildings, the design seeks to integrate the landscape and views as part of its identity, bringing a natural balance between building and landscape.

The structure and orientation of the house symbolize a direct response to the makeup of the site. The solidity of the back of the house effectively mirrors the density of the woodlands, while the lucidity of the glass in front embraces the openness of the landscape beyond. Similarly, the layering of program, walls and columns that dictate the interior layout are designed to complement the light and views specific to every vantage point, creating breathtaking common spaces.

The house is anchored to its site, and has been carefully designed based in the human scale, the purity of the aesthetic, peerless construction methods and materials, and the conservation and utilization of natural resources. 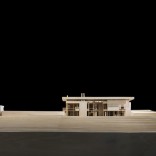 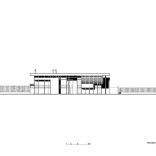 Richard Meier received his architectural training at Cornell University and established his own office in New York City in 1963. He has received the highest honors in the field including the Pritzker Prize for Architecture, the Gold Medals of the American Institute of Architects and the Royal Institute of British Architects as well as the Praemium Imperiale from the Japan Art Association.

For over five decades, Richard Meier & Partners has been selected to create important works in both the public and private spheres. 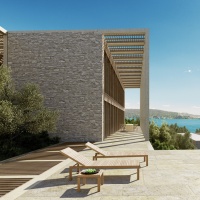 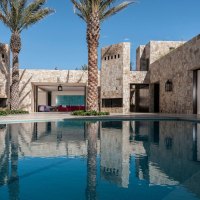 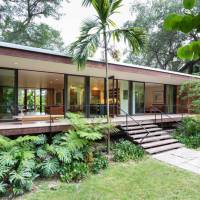