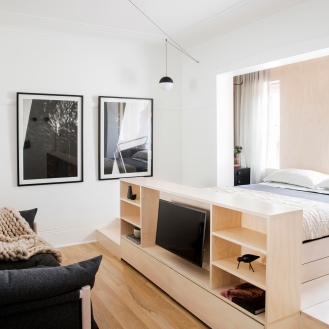 Nano Pad is an interior architecture project within a 22 sqm Art Deco Studio Apartment in Sydney’s inner city. The project was designed as short stay accommodation, as an alternative to short comings of existing “design hotels” in Sydney.

The existing studio was compromised by poor planning with a comparatively over-sized and under utilised entry and lack of defined spaces. The design is conceived around a contemporary plywood insertion that sits within the existing fabric of the apartment. A definitive change in level created by the bed platform and its associated joinery establishes a threshold and visual distinction between the living and sleeping zones of the studio, while maximising opportunities for storage and space.

The insertion allows the original Art Deco structure to be maintained. The use of lime-washed ply is punctuated by black steel details. Bespoke mirrors feature blackened steel frames with curved edges that act as contemporary iterations of the Deco Style. This curve is mimicked in the hanging rails.

The planning of this space allows a number of functions to take place within the 22 sqm studio to provide a short stay that feels like home. 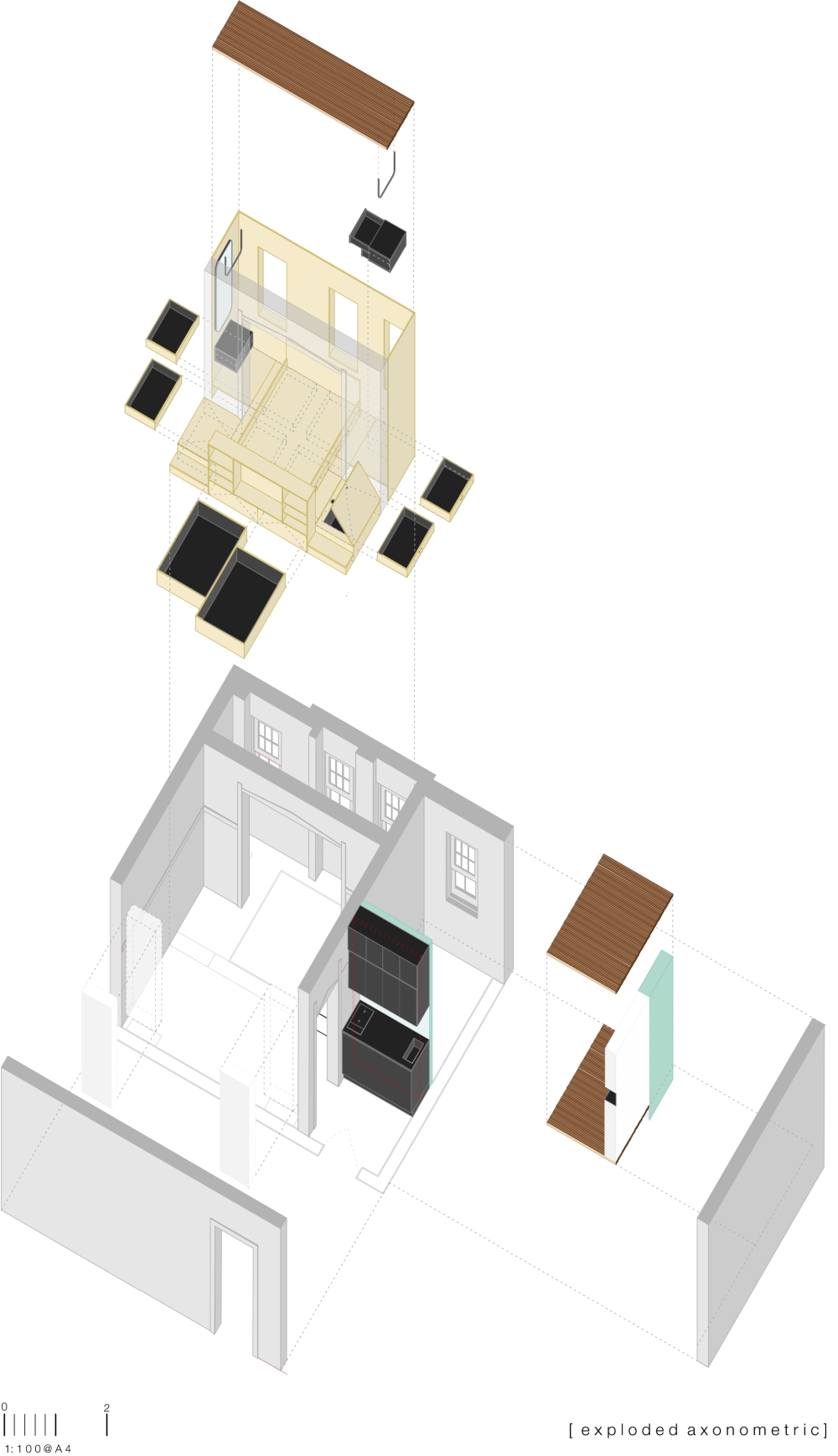 Eva-Marie Prineas founded Architect Prineas in 2004.  As the Principal Architect, she is a quick problem solver with an ability to make things happen.

Her early career began at Clive Lucas Stapleton & Partners, where an exposure to Heritage Conservation areas set the foundation to Architect Prineas’ philosophy on adapting and understanding places that are already special.  She also worked at Environa Studio, a practice focusing on sustainable buildings and landscapes, and later co-founded and directed The Superstudio, before starting her own practice.

Outside of practising architecture, Eva-Marie is frequently involved with the industry.  She was one of the founders of DARCH – the Australian Institute of Architects group for emerging architects and maintains a role as guest critic at the University of Sydney.  Eva-Marie is also an examiner for the architects registration exam at the NSW Board of Architects.  In 2007 she was elected onto the NSW Chapter Council for the RAIA and has continued to contribute to numerous juries since, including the Institute of Architects Awards in 2006 and 2013.

Eva-Marie possesses a balanced and organised disposition.  Her career is held steady by her family-orientated and active lifestyle.  Her well-grounded attitude and values on quality extend to all aspects of her life.