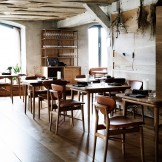 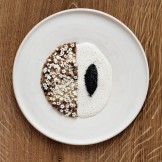 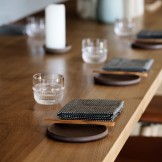 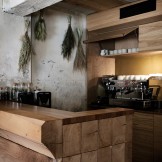 In the former home of the world-renowned restaurant Noma, acclaimed chef and restaurateur Thorsten Schmidt in partnership with chef René Redzepi and Snøhetta have conceived a fresh approach to the iconic space. Snøhetta designed the interiors and new graphic identity for Barr, which opened its doors on July 5 on Copenhagen’s waterfront.

Located in North Atlantic House (Nordatlantens Brygge), Barr is a casual restaurant focused not only on the Nordics, but also on the broader food and drink traditions found in the region along the North Sea; an area that spans Scandinavia, Germany, Benelux and British Isles. The restaurant’s name (Barr: meaning “barley” in old Norse), reflects Schmidt’s fascination with the region’s food and drink history and culture. Classic dishes such as frikadeller (Danish meatballs), schnitzel and hot-smoked salmon will be offered alongside a large selection of craft beers and aquavits.

Throughout the restaurant, the design is driven by a strong duality and juxtaposition of the old and the new. When entering the restaurant, guests are met with a warm oak floor, contrasting with the rough texture of the original stone walls. A massive, carved wooden counter stretching from one room to the other anchors the space. The ceiling is alternately composed of the original ceiling beams and new, sculpted wooden planks, which are embedded with brass details that reflect micro spots of light. Raw materials – wood, leather and wool – evoke the restaurant’s Northern influence.

In addition to designing the interiors, Snøhetta also designed the branding and visual identity for Barr. Having researched the typographical heritage of the North Sea region, Snøhetta has also developed a unique typeface called Barr Gräbenbach. Shaped by the convergence of traditional handcraft and mechanical production, the typeface creates a bold yet refined expression. It is complemented by a color palette that references the natural seasons, honest and direct imagery, and a selection of paper qualities and embossing of patterns.

Local techniques and locally sourced materials played an essential part in the restaurant’s design. Most of the oak used for furniture and interior was harvested from trees grown less than fifty kilometres from Barr’s doorstep. The restaurant’s furniture was created by Malte Gormsen using traditional Danish craftsmanship and carpentry. The bar counters are CNC-milled oak. The relief pattern of the ceiling and wall panels are inspired by the microscopic view of barley, one of the three main ingredients in beer making. 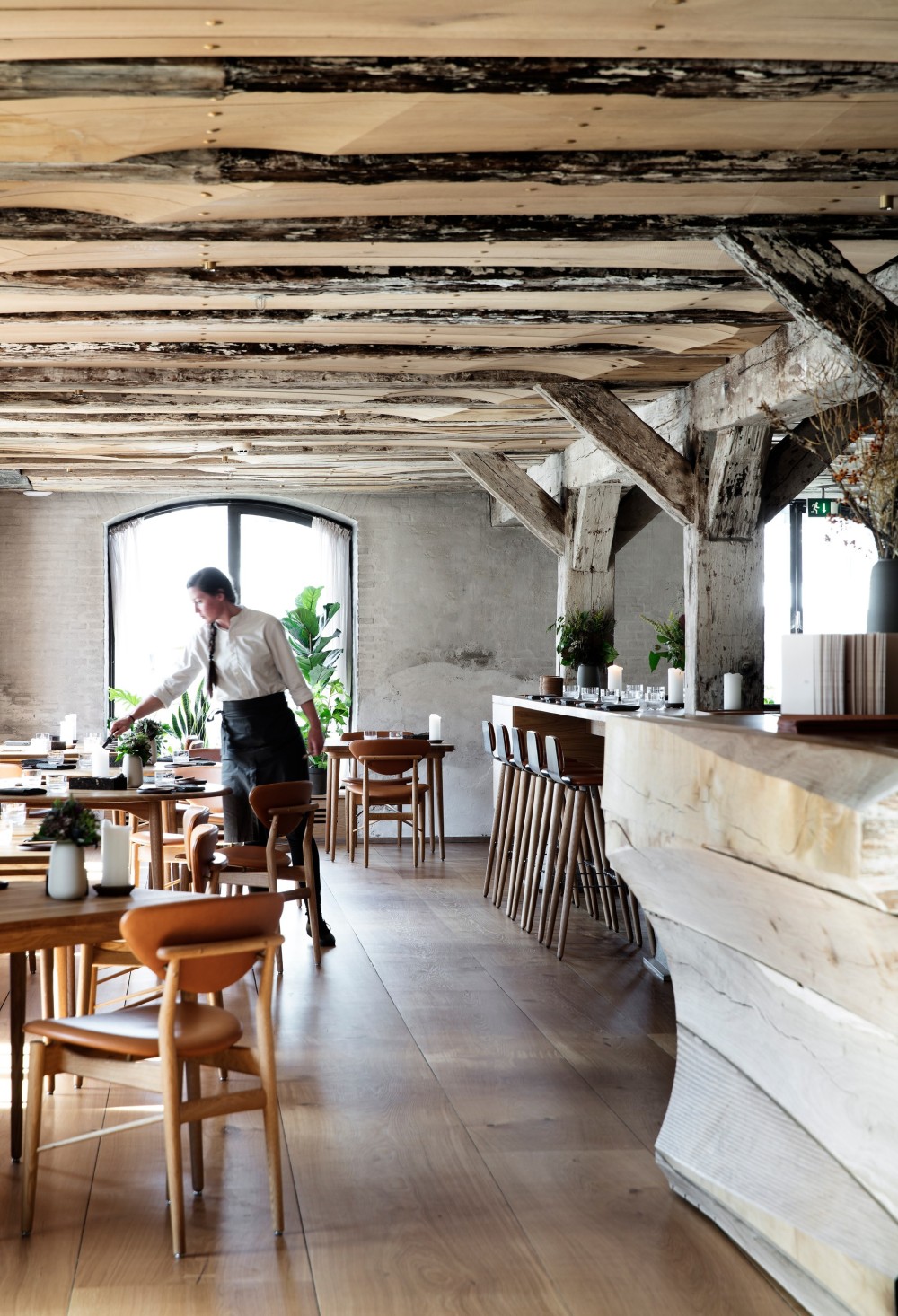 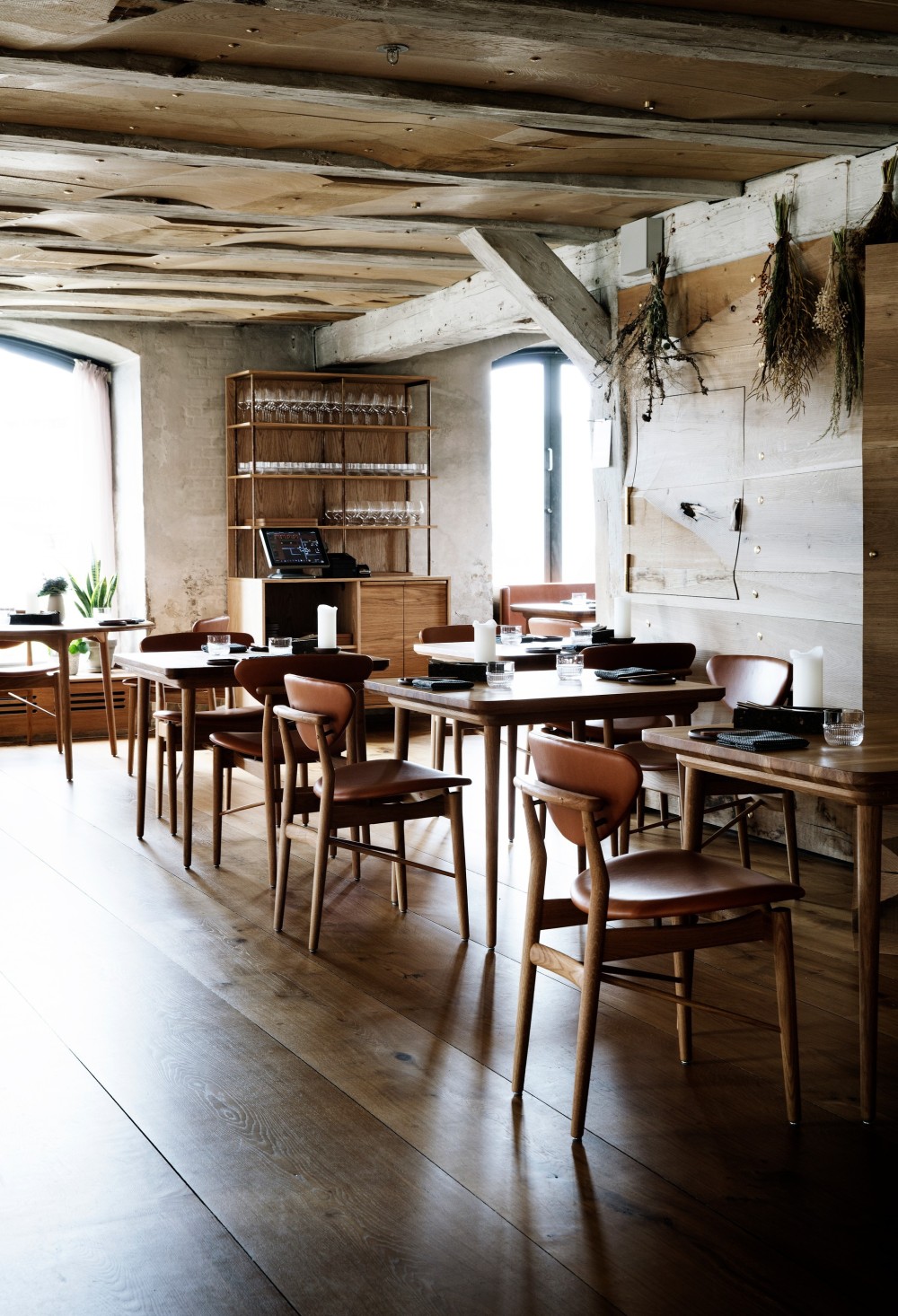 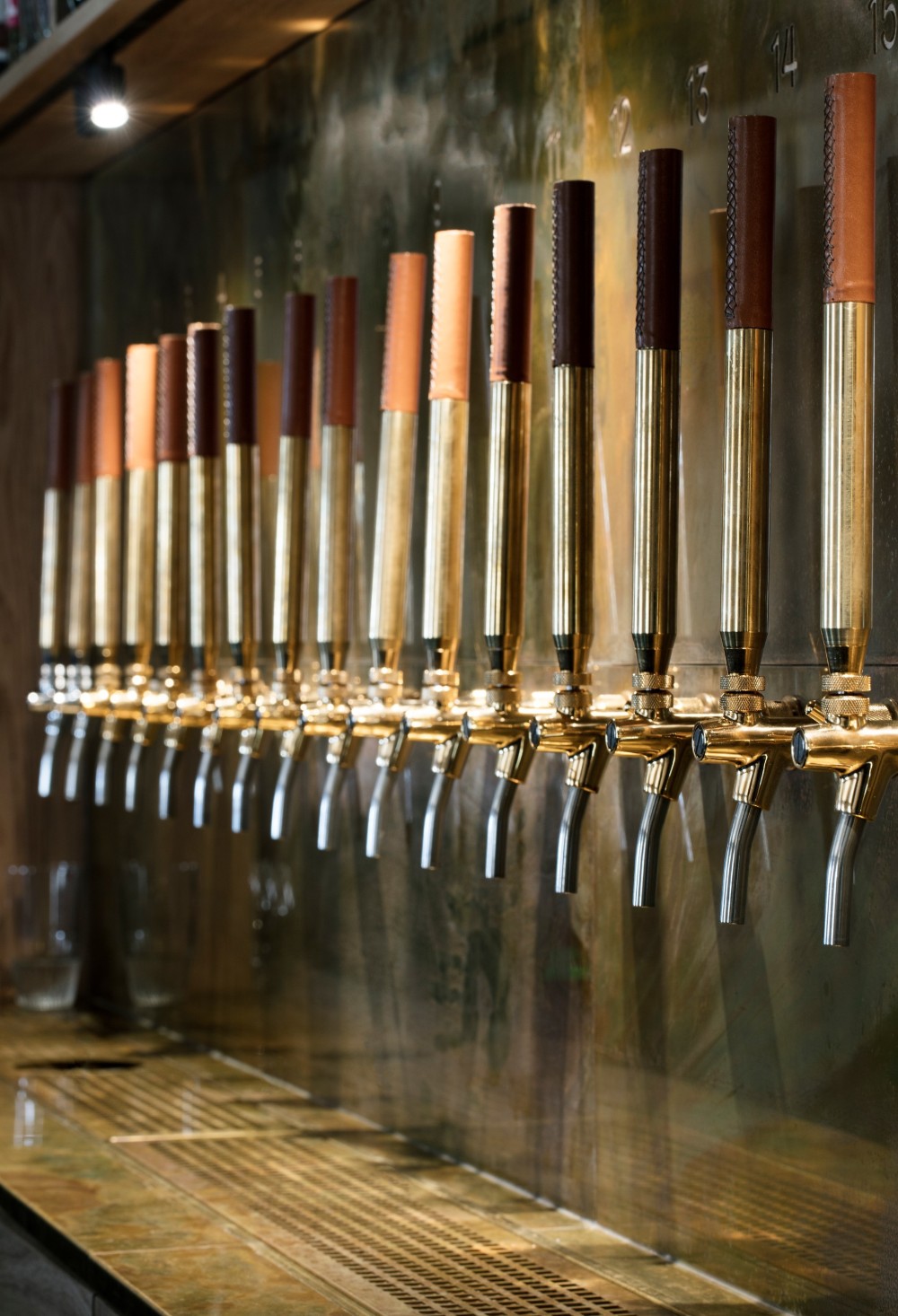 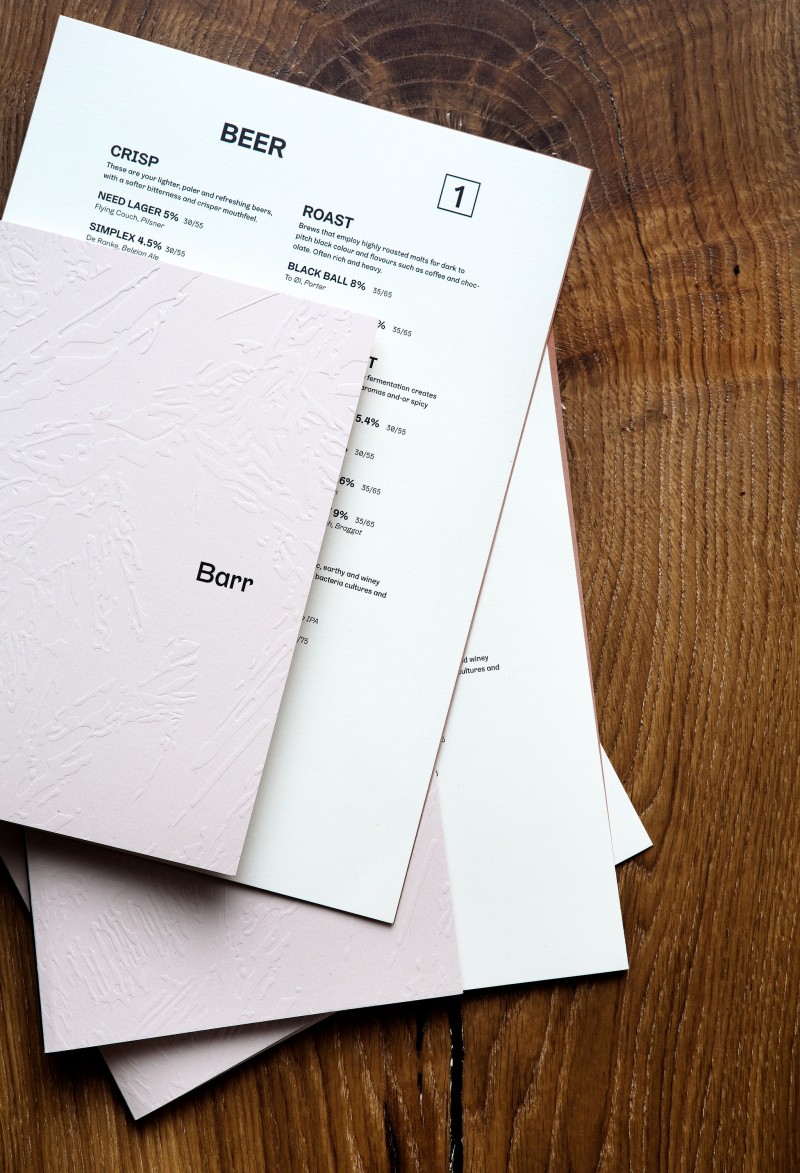 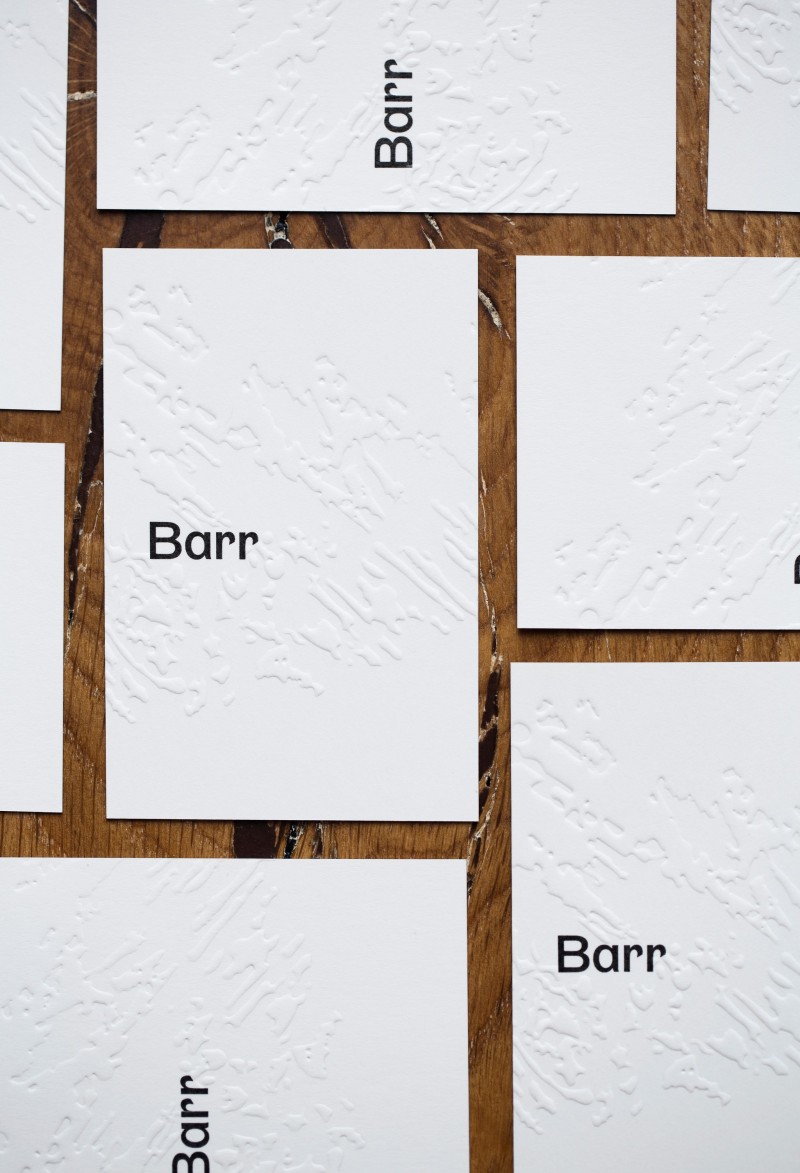 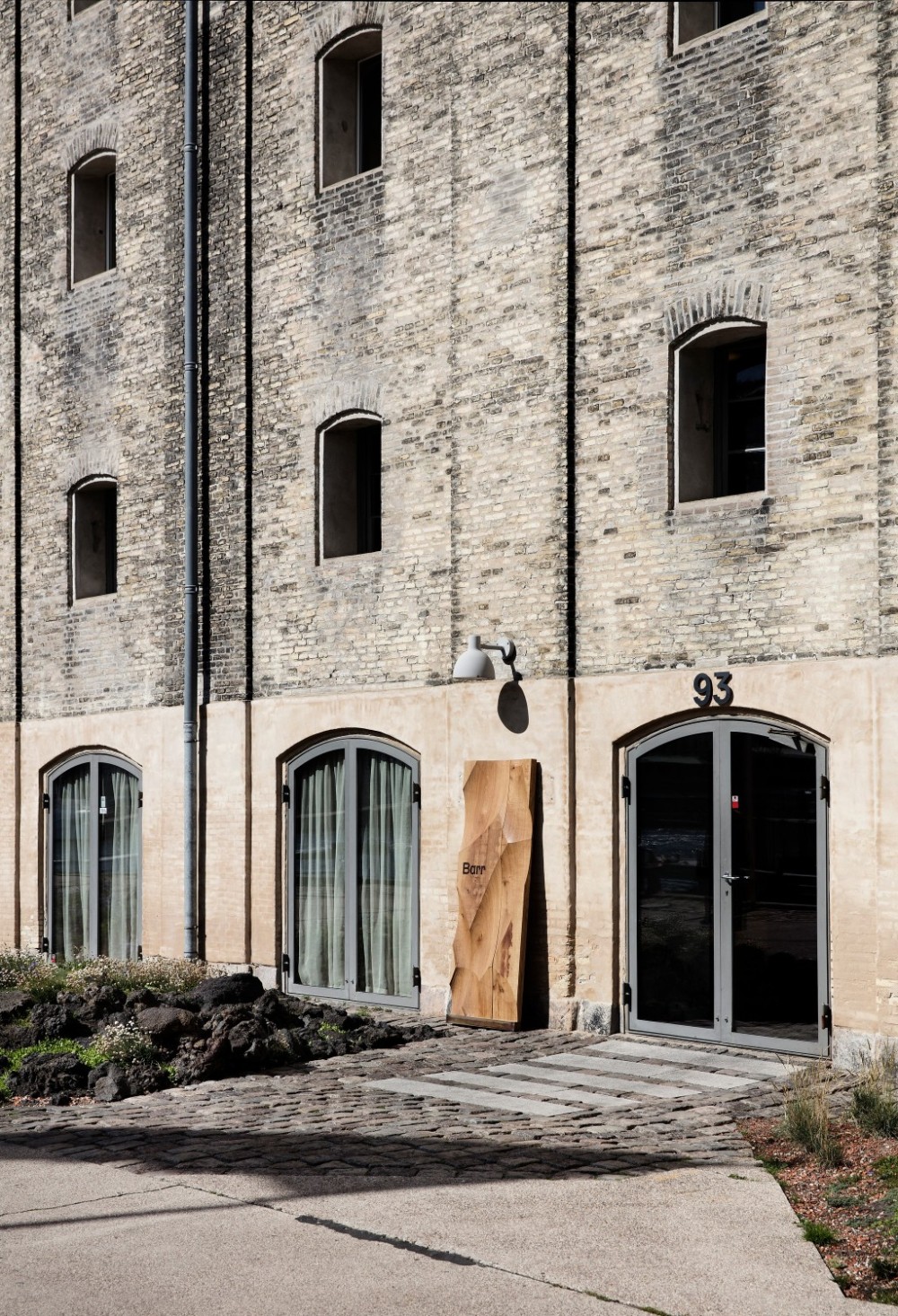 All images courtesy of Snøhetta 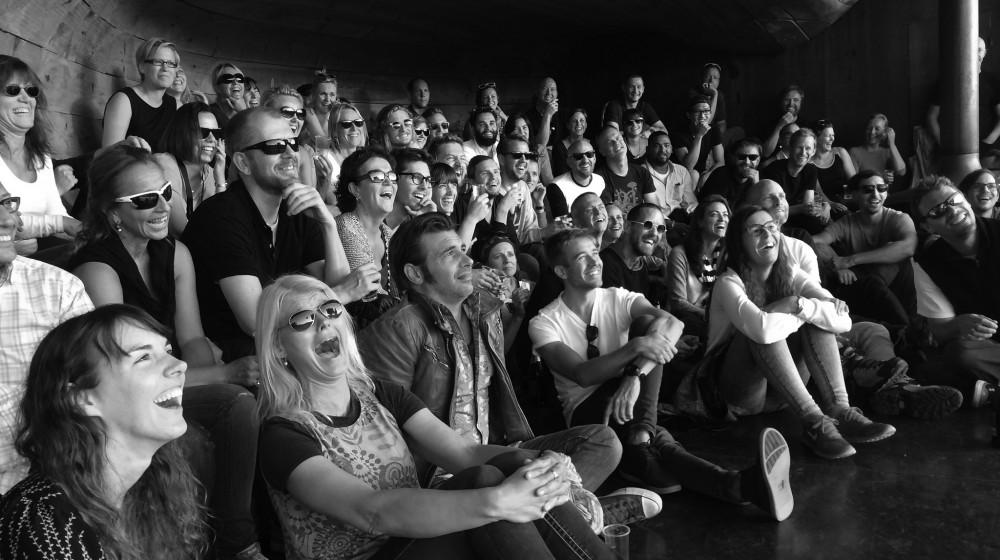 Snøhetta is a place that nobody is from, but anyone can go to.
Snøhetta (Norwegian pronunciation: [ˈsnøːˌhɛtɑ]) began as a collaborative architectural and landscape workshop, and has remained true to its trans-disciplinary way of thinking since its inception.

Today, Snøhetta has grown to become an internationally renowned practice of architecture, landscape architecture, interior architecture, and brand design, with more than 180 employees from 30 different nations.

In 1989, Snøhetta received its first commission to re-conceive the great Alexandria Library in Egypt after winning an international design competition. This was followed a decade later by another competition-winning proposal for the Norwegian National Opera and Ballet.

In 2004, Snøhetta was commissioned to build the only cultural building on the World Trade Center Memorial site, and a permanent office was then set up in New York. In 2013, following the commission to design the new SFMOMA Expansion, Snøhetta launched its San Francisco studio.