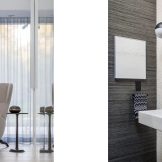 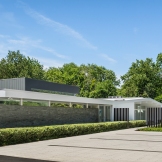 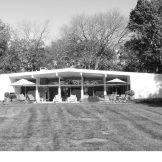 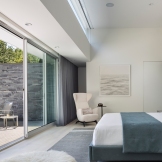 The challenge posed by the design of this renovation and master bedroom addition was to obey strict zoning requirements in a way that respected the integrity of a significant mid-century modernist home designed by John Black Lee in 1957. New Canaan Residence respects the design integrity of the original mid-century modernist home in a way that reflects contemporary lifestyles. Zoning required that the new addition be aligned with the back of the existing house, resulting in the linear “bar” massing. A continuous roofline visually unifies the new addition with the pitched roof of the existing house.

We liberated the interior of the existing house that was subdivided into a series of small rooms, treating it as one open glazed pavilion. Three freestanding wood-clad service cores subdivide the open volume into three activity zones: kitchen, living/dining and master bedroom. The split bedroom configuration provides privacy between parents, empty nesters who occupy the new master bedroom wing located at the opposite end of the house from their children, young adults who can enjoy independence when they visit. In contrast to the original site plan that treated the house as an object floating in an undifferentiated picturesque landscape, we subdivided the property into four quadrants each one treated as an outdoor room that extends an indoor domestic activity outside. 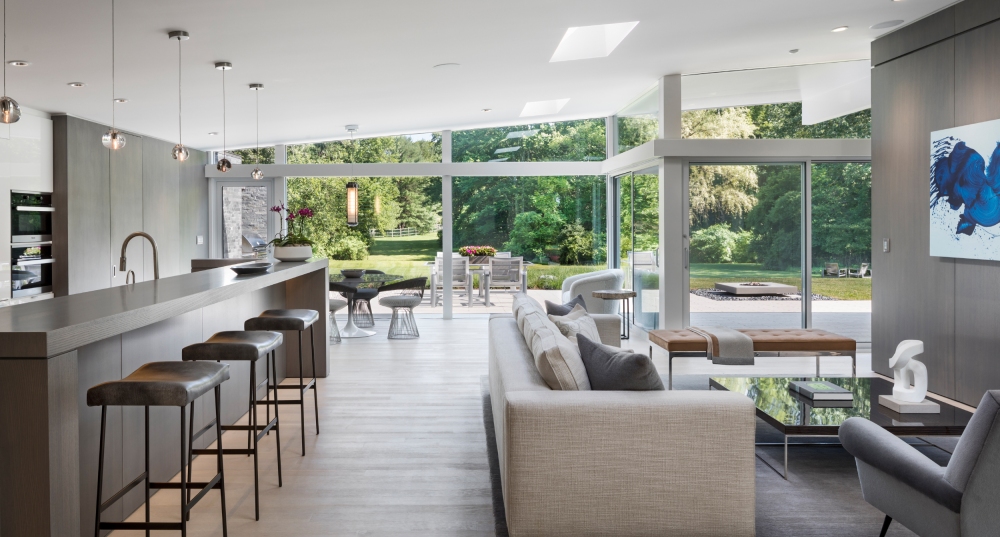 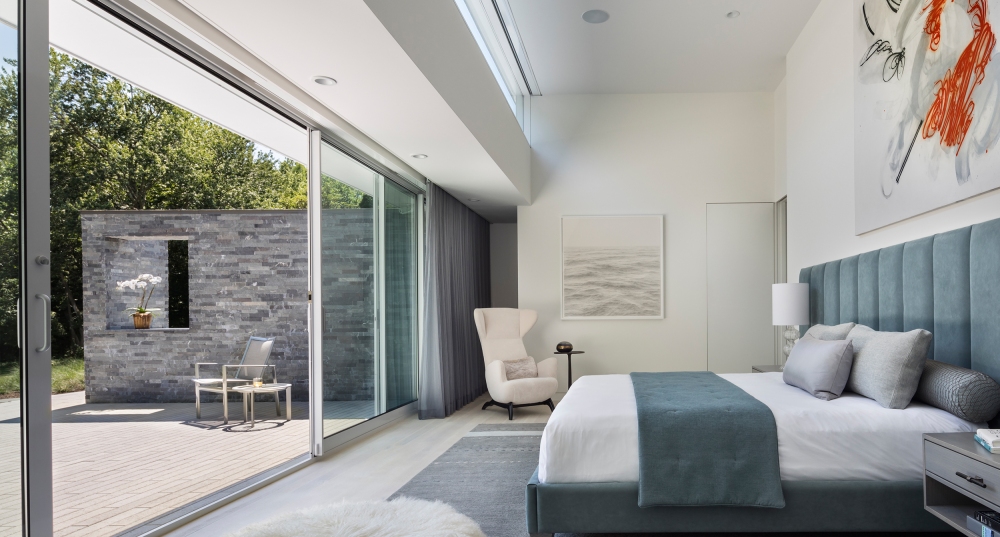 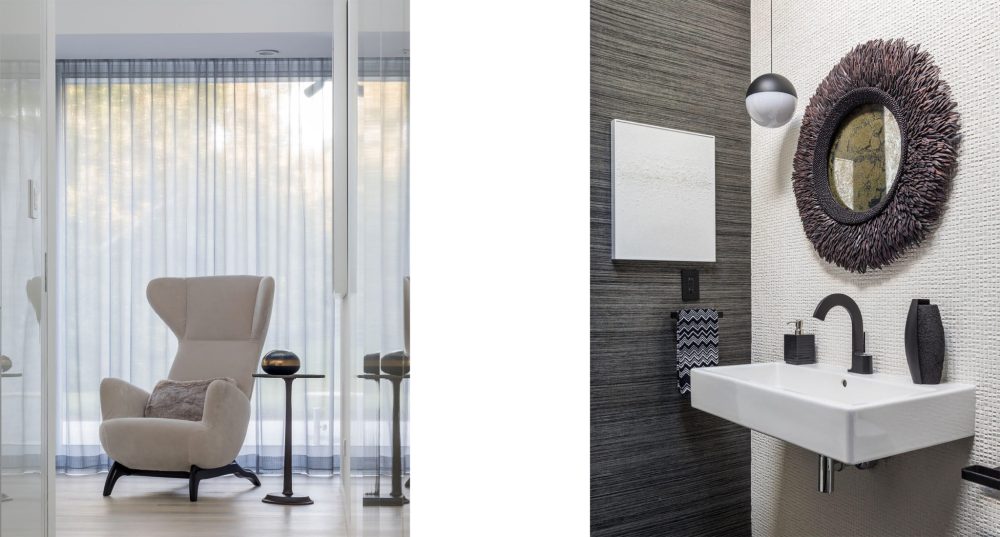 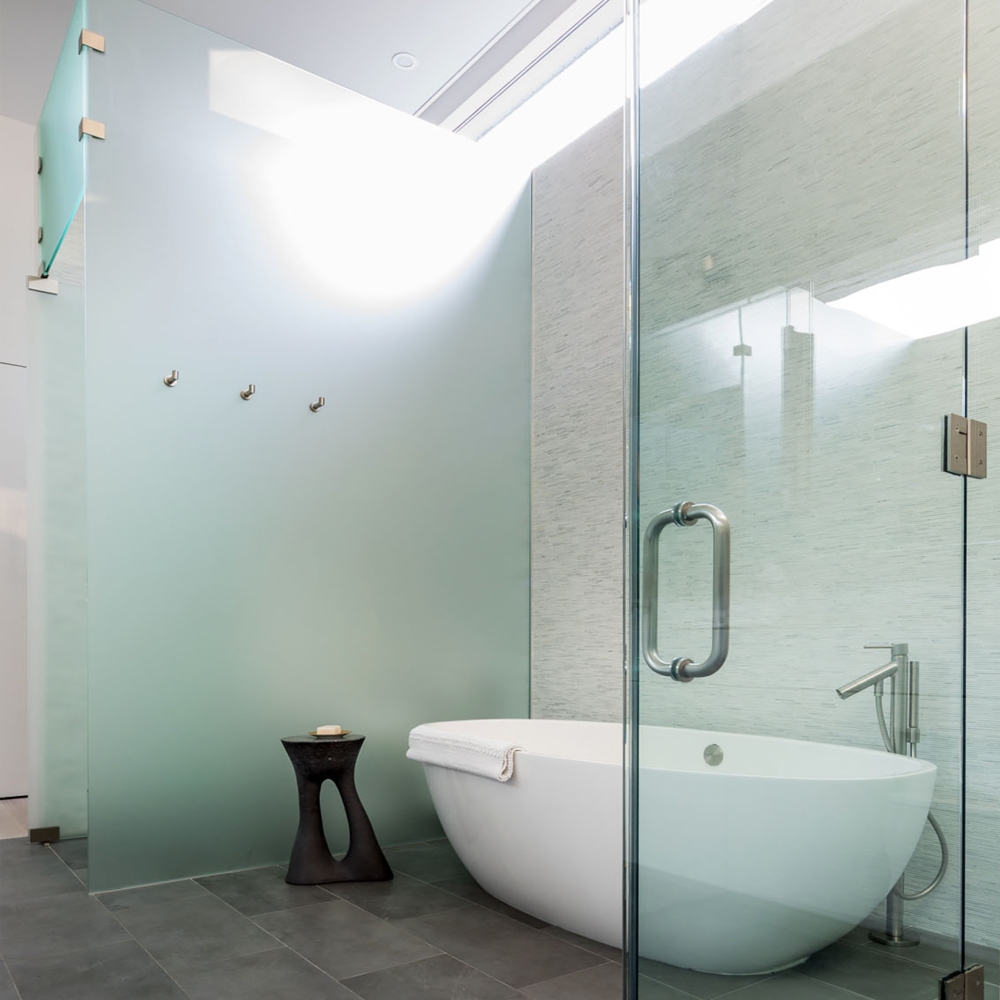 In addition to running his studio based in New York City, Joel is a Professor of Architecture at Yale University. Prior to joining the Yale faculty, he was the Director of the Graduate Program in Architecture at Parsons School of Design and an Assistant Professor at Princeton University. Joel received both a B.A. and M.Arch from Columbia University.

An active member of the design community, he serves on committees and panels on behalf of the American Academy in Rome, MacDowell Colony, American Institute of Architects, Architectural League, and the GSA Peer Review. Joel is also a co-chair of Van Alen Institute’s Program Leadership Council (www.vanalen.org).