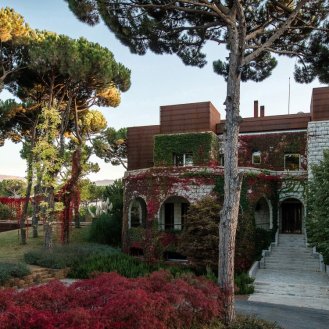 The house tells the story of psychological resilience and architectural defiance. A sort of Pandora box turned into a pearl inside a sea shell. It celebrates the triumph of life over death. A case in point for a resurrection.  Last but not least a brilliant story of thorough restoration and architectural acupuncture.

It all started with deciding how to go about this ‘difficult exorcism’: whether to work with what remained, as the owner wished to preserve some connection to his grandfather’s house despite its painful associations, or to start from scratch and wipe away both the connection and the unfortunate history.

In the end, the decision was taken to do both. The ruins were gutted then reinforced and reused as an historic shell into which a brand-new home could be inserted, the architectural emulation of the hermit crab, which makes its home in the abandoned shells of other mollusks.

Cleaning up the house and its surrounding garden took 4 months of intense work. This ruin’s new ‘resident’ is a series of spartan perforated Corten steel-clad boxes. Stacked on one another, they nestle in the embrace of the two remaining sections of the house but also project beyond it, both at the roofline where their aesthetically rusting outline is just visible above the parapets and at the south-eastern end of the house, where they project dramatically above a low-slung, 35-meter Corten steel-clad concrete and glass oblong with a planted roof.  The Corten steel skin changes color with time and is punctured with tiny dots echoing patterns of trees, a sort of “tree trunk ghost” projected on the façade.

The renovation added more than 2,000 square meters to the original 1,500 square meters stone house, along with an annex and guard house. Sustainable design was at the core of the renovation. In fact, the house uses solar energy for winter heating while harvesting rainwater and walls are backed with a double insulation layer. Among passive cooling strategies, the villa’s shading is designed to take advantage of natural light.
Partially sunk into the ground the volume houses a pool and an art gallery. Stretching through a grove of replanted pine trees, it is inserted in the sloping ground towards the snow-clad mountains in the distance.

Internally, the house’s layout is dictated in large part by the remains of the past, although where possible (and desirable), internal walls have been removed to create greater space. Narrow by contemporary standards, the main entrance opens directly onto a spacious living area flanked by several smaller rooms. The upper level is given over to the owners’ bedrooms. Again, by modern standards, most are relatively small but by exploiting the full height of the already high ceilings, which in some cases are now even higher thanks to the new additions, each bedroom has a mezzanine level and so functions more like a loft than a standard room.

The new core of the house stands in stark contrast to the classical arcades and stonework of the old home in which it sits but curiously (and despite its defiant modernity) it is somehow more at home, for in form if not appearance, it is a clear echo of the boxy, low-rise mountain homes of Lebanese tradition.

Sunk into the landscape through terracing, the house is designed to blend into its surroundings. Climbing plants and vines colonize the ruins – the process hastened by the introduction of recessed planters on the various terraces of the old home – to camouflage the past, cleansing the house of its troubled history.  More than a 1000 pine trees were planted in the garden: umbrella pines, oak trees, cork trees, Lebanese cedars and other indigenous trees upholster the landscape which also includes a rose garden. The scenery is henceforth a preserved fertile and blossoming land. The villa nowadays is almost unrecognizable from what it used to look like during the war.
The revival of walls, plants, and life inside finally took place in the house after long decades of gloomy events. The architectural intervention and the choice of materials are imbued with latent symbolism of war/revival comparing the house parts to living parts of an organism that constantly change with nature, light, and seasons.

The case of this house is as dreadful as it is beautiful. The story behind it and the testimonials backing it makes it stand as a powerful message. The House with two livesrestores faith in man’s will to fight and is with no doubt an example of an architectural work of high precision. 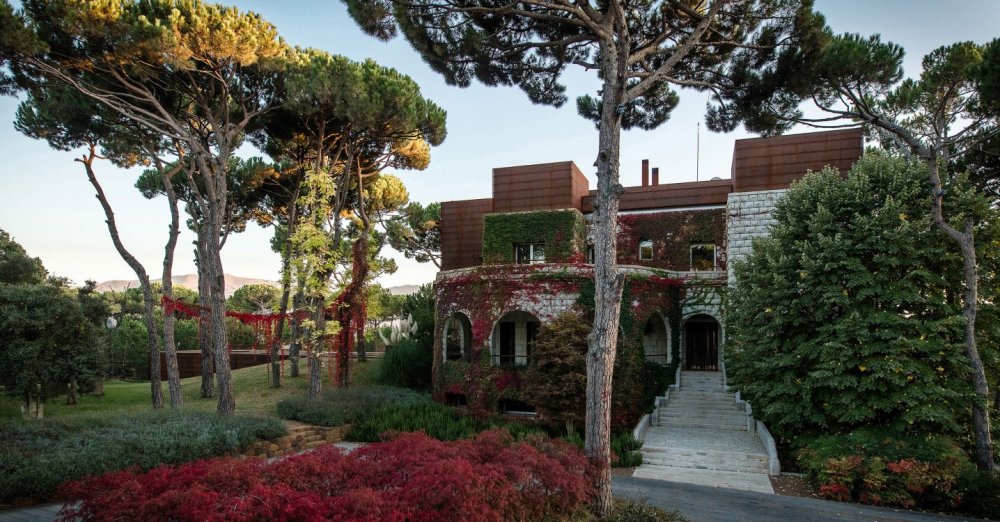 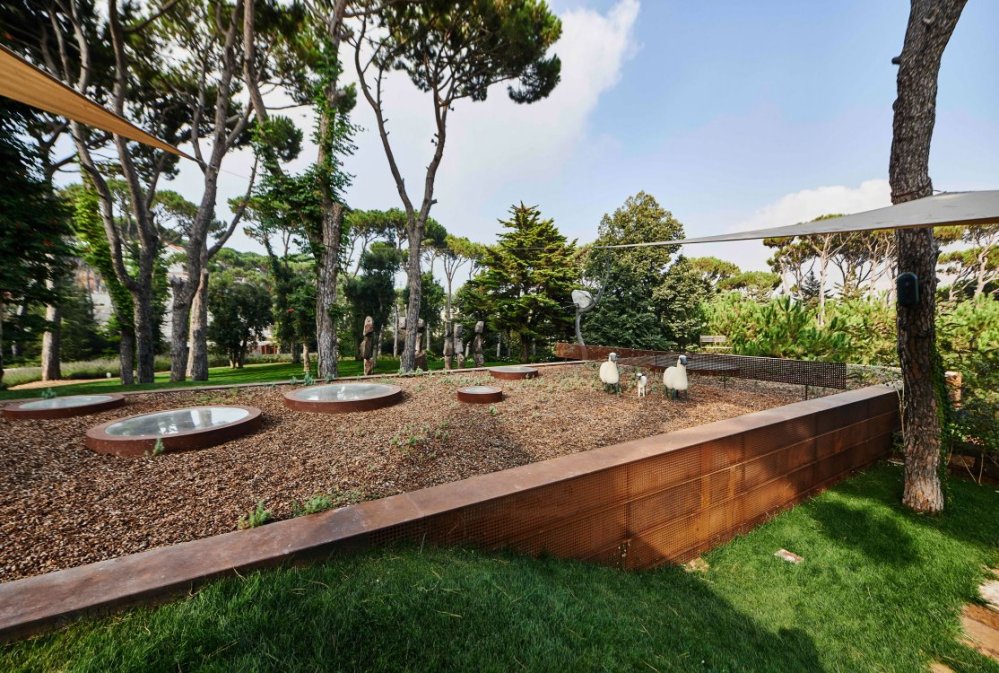 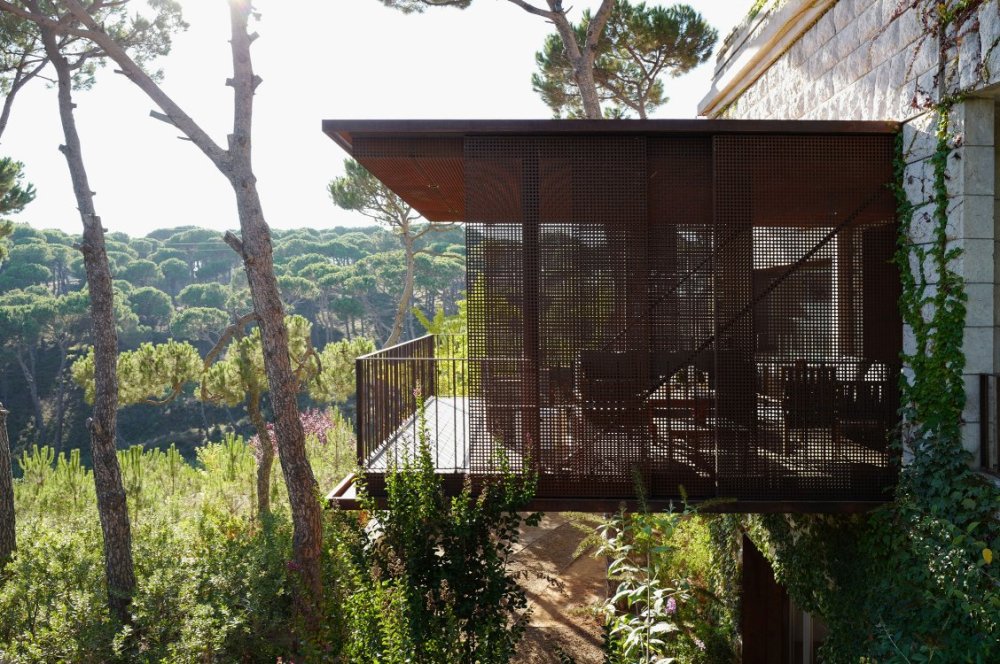 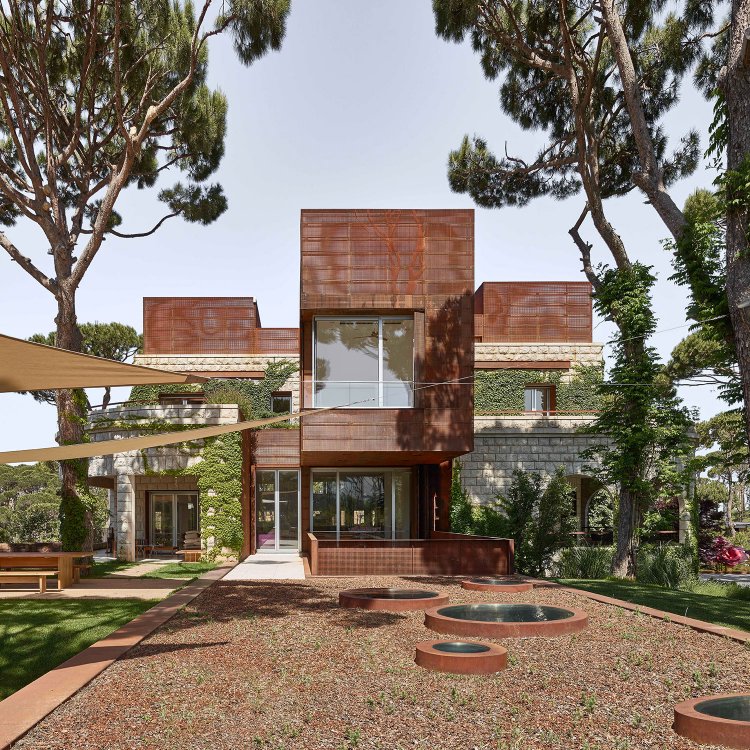 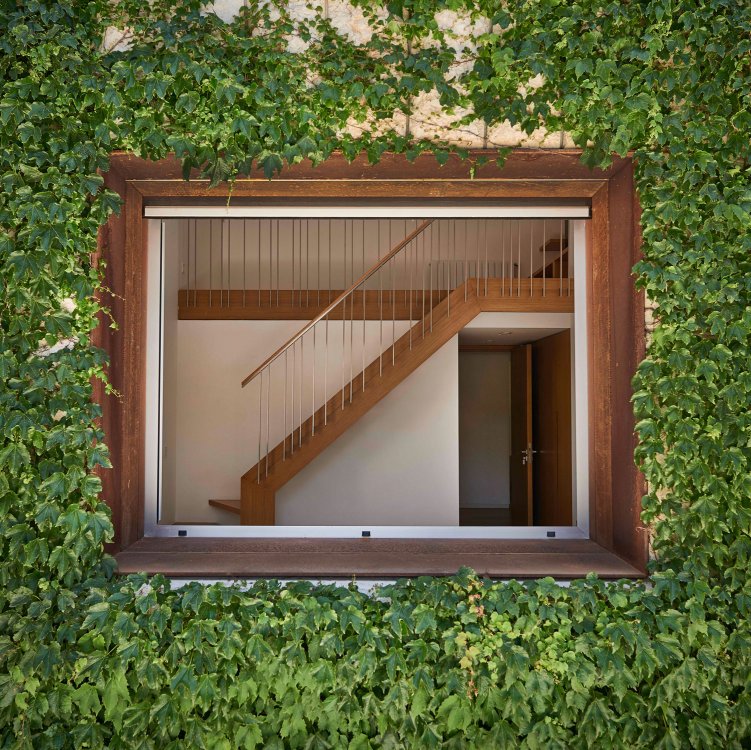 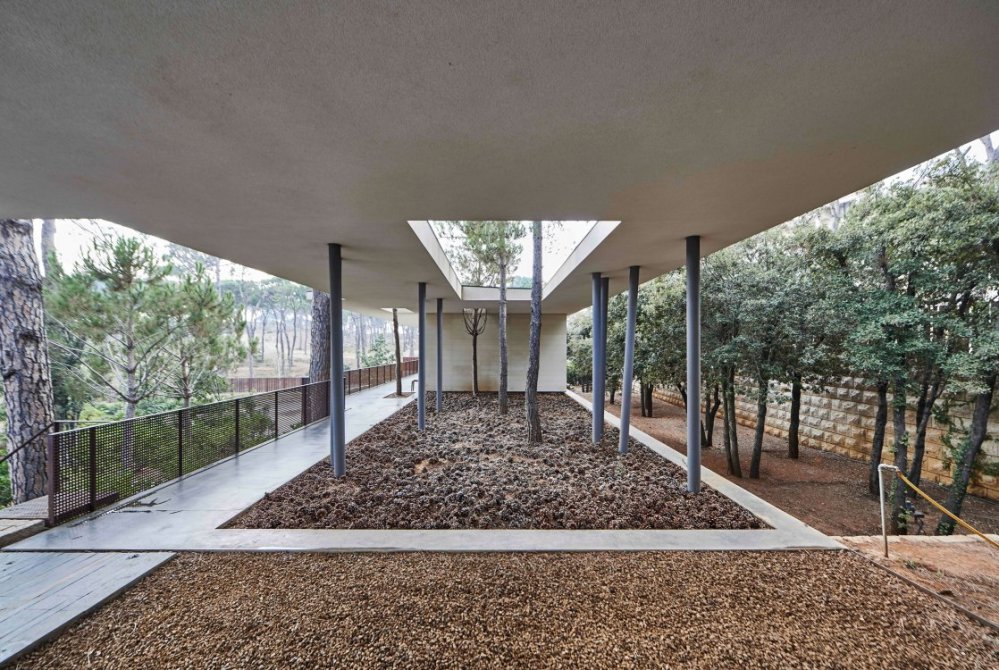 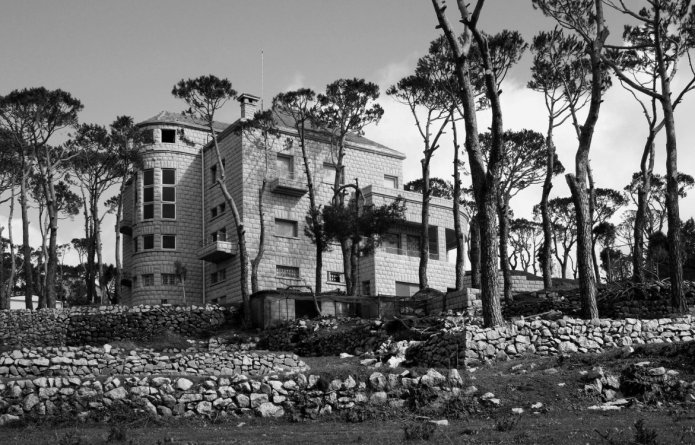 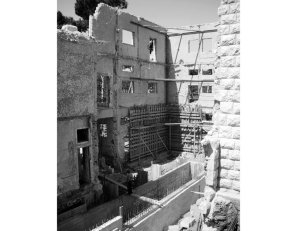 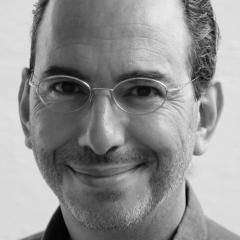 Nabil Gholam studied Architecture at the UP-Paris Villemin, ex-Ecole des Beaux Arts in Paris before moving to New York six years later to complete his studies in Urban Planning at Columbia University in the City of New York.

Moving from Manhattan to Barcelona, via southern China, where he briefly taught urban planning at the Yunnan Institute of Technology through the Kinney Fellowship, Nabil Gholam first began to practice architecture professionally at Ricardo Bofill’s Taller de Arquitectura, where as an Associate, he rose to handle the practice’s international projects.

In 1994, he set up his own office in Beirut. Later, in parallel with the firm’s growing reach, a European office was established to better direct its international ventures, first in Barcelona in 2006 before relocating to Seville in 2010.

Used to living in flux, Gholam has led a nomadic existence since the outbreak of civil war in Lebanon in 1975, his work and travels taking him on a circuit between Beirut and Paris, New York, Chicago, Yunnan, Barcelona, Istanbul and Seville and this constant criss-crossing of the globe has had a profound impact on his work.

Today, nabil gholam architects has grown into an international multidisciplinary team of architects, planners, designers and consultants with a portfolio spanning an extensive list of projects in architecture and urbanism. ngª has attracted attention, winning several competitions and major international awards.